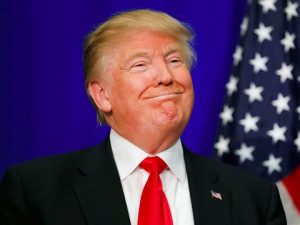 The 2016 stock market results are in. All the major U.S. stock indices had a great year. The Dow Jones Industrial Average, S&P 500, and NASDAQ gained 13.4%, 9.5%, and 7.5%, respectively. So much could be said about such an interesting and transformative year. But let’s do a to-the-point 500 word exercise, shall we?

The backdrop to 2016 was a lackluster 2015. The Dow Jones Industrial Average and S&P 500 both ended 2015 lower. Therefore, expectations for 2016 were relatively modest this time last year.
And 2016 didn’t have a good start out of the gates. Chatter of a possible global recession abounded, and investors were generally gloomy. The stock market’s value eroded in the early weeks of January.

A brief reversal of trend occurred during the last week of January. But momentum turned down again in early February, taking us to the year’s low on February 11. The Dow Jones Industrial Average ended that day at 15660, and the S&P 500 closed at 1829.

Enter a new season the next day. From February 12 onward, 2016 saw amazing gains, albeit with a couple of hiccups and flat periods along the way. The market managed to hold onto its post-February recovery throughout the spring months (and the rest of the year).

As summer came, all eyes turned to Brexit, the referendum in the United Kingdom about its European Union membership. Against most odds, British voters chose on June 23 to leave the European Union. June 24 and 25 saw astonishing losses in the market. Investors digested the unprecedented decision and fretted about the future separation.

However, in an almost poetic fashion, the market managed four days of gains starting on June 28. By early July, it had regained all of the value lost immediately after the Brexit vote. Furthermore, the market made new all-time highs throughout July and August, quite the feat considering where we were in February! From the February 11 low to the then-all-time high on August 15, for example, the Dow Jones Industrial Average gained 19.0%.

Autumn drew near, and so did the U.S. presidential election. The market traded sideways (with a slight downward tilt) in September and October as everyone watched the crazy election season unfold. Most polls in the days leading up to November 8 showed Donald Trump losing to Hilary Clinton. However, as with Brexit, most investors’ expectations turned out to be wrong.

The overnight U.S. stock market futures plummeted as the results came in during the evening of November 8 favoring Donald Trump. The Dow futures were down more than 900 points at their low on
the night of November 8, an illustration that the markets hate big surprises. Yet amazingly, the market didn’t crash on November 9 and the days thereafter. Rather, it soared to a new level.

The important psychological 20000 level on the Dow remains elusive for now, and other major stock indices also took a breather in the last days of 2016. But let’s keep everything in perspective. We are within a stone’s throw away of record highs.

Last year rewarded long-term investors in the stock market despite the uncertainties. Nobody could have predicted it exactly. And while we don’t know what the future holds, we believe patience and diligence will continue to be rewarded.