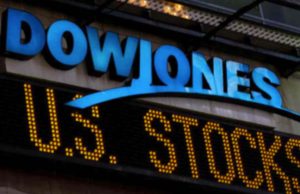 One of the most cited U.S. stock indexes – or gauges of the stock market – is the Dow Jones Industrial Average (or Dow). The Dow tracks 30 large publicly-owned companies. Composed by Charles Dow in 1896, the index originally included 12 industrial stocks.

It’s easy to keep up with the Dow’s performance. Just turn on the TV or check your smartphone. This day in age, investors can follow the stock market second-by-second. Decades ago, the Dow was only calculated and published once daily. With real-time information at our fingertips, it’s important to keep “the score” in perspective.

If we were to turn on the TV and see that the Dow is higher or lower by 100 or 200 points today, is that a big deal? Bigger numbers reflect bigger changes in value. But as the years have advanced, 100 Dow points (for example) aren’t what they used to be. We have to think in terms of percentage changes instead. Consider the following:

Thus far in 2018, we’ve seen the stock market move up, down, and sideways. This stands in contrast to 2017, which delivered more consistent positive advancement. Volatility as experienced in 2018, especially on the way down, can feel uncomfortable. However, long-term investors understand this isn’t unprecedented, and maintaining resolve during such periods is crucial.

Our team strives to help you keep the market’s changes in perspective. We’re here to ensure your investments align with your preferences, needs, and aspirations, no matter whether 100 Dow points are a lot or not.