Worried about rising interest rates but don’t like equities? You may have options.

Rising interests are coming, you heard it here first. Ok, maybe not first, probably nowhere close. If you follow the markets you’re probably tired of hearing it. The guessing game right now is when the Federal Reserve will begin to taper the bond buying program, or quantitative easing, put in place to help the struggling economy. Most believe this is coming sooner rather than later, and it appears after the Federal Reserve meeting today the taper will begin in January 2014. Although this is not the same as a rate increase, it will put upward pressure on rates.

While this taper can be seen as a positive sign for the overall economy, many in the bond world are concerned. In fact, several weeks ago I wrote about how these rising rates could have a negative effect on bond prices. However, not all types of bonds will react in the same way.

Lord Abbett* recently did a study of the last seven periods involving a 1% increase in interest rates compared to various fixed income indexes. The increase had to occur within a sixteen month period. While some categories of bonds, such as 10-year treasuries, had a negative return for each of the seven periods, other categories did quite well. For example, short term corporate bonds, high yield bonds, and floating rates loans all had positive returns. Convertible bonds were positive six out of seven years.  It’s important to note that the S&P 500 also had positive returns in each of the seven periods of rising rates.

As you assess your portfolio in the current environment, consider not only the percentage of bonds, but also the types of bonds in your allocation. Depending on your goals, you might be better off than you think. On the other hand, some small changes might make a big difference in the months ahead.

As always, we enjoy the opportunity to help our friends and clients reach their goals. If we can be of assistance, please call anytime. 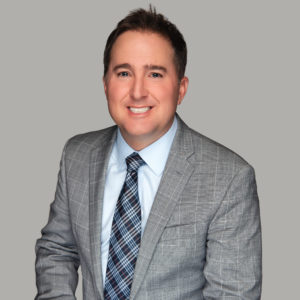