In our April 2020 issue of The Benchmark, we discussed several changes to IRAs as a result of the SECURE Act, which was signed into law in December 2019. As mentioned in that article, probably the most notable change resulting from the act was the elimination of the “stretch” provision for most non-spouse beneficiaries of Inherited IRAs and other retirement accounts. Prior to 2020, non-spouse designated beneficiaries could take distributions over their life expectancies. However, most non-spouse beneficiaries inheriting IRAs after 2019 are now required to empty the Inherited IRA by the end of the 10th year following the year of death.

Given the scale of changes brought by the new act, we have been anticipating guidance from the IRS to clarify the many issues left unresolved. The IRS did just that on February 23, 2022, releasing new proposed regulations on RMDs from IRAs and workplace retirement plans. These new regulations are anticipated to apply for 2022 and later.

Perhaps the biggest surprise in the regulations released in February is based on a provision of the tax code section IRC 401(a)(9)(B), which requires annual RMDs to continue once they are started. This rule existed prior to the SECURE Act, but many considered it void with the new act. It particularly affects the 10-year distribution rule, which applies to designated beneficiaries who are not Eligible Designated Beneficiaries (EDBs).

As a refresher from our April 2020 article, an EDB is a designated beneficiary who falls into one of the following categories: surviving spouse, minor child of the decedent, disabled individual, chronically ill individual, or a person not more than 10 years younger than the decedent. Non-Eligible Designated Beneficiaries (NEDB) include any designated beneficiary who is not an EDB.

Prior to the announcement in February, it was widely thought that NEDBs, who must follow the 10-year distribution rule, would be able to take distributions in any manner, as long as the account was emptied by the end of the 10th year. However, the interpretation by the IRS of the SECURE Act released in February requires annual Required Minimum Distributions (RMDs) when an account owner dies on or after their Required Beginning Date (RBD). In other words, certain beneficiaries are required to follow both the 10-year distribution rule and meet annual RMD requirements.

The most common impact of this rule is found when a NEDB inherits from a retirement account owner who passes on or after their RBD (currently April 1 of the year following turning age 72 for most individuals). The result is that annual RMDs are required during the 10-year distribution period. The RMDs are calculated using the single life expectancy of the beneficiary. It’s calculated just as if the old stretch IRA rules are still in place, except the account must now also be emptied within 10 years.

As part of the process of the proposed regulations, the IRS accepted comments from the public through May 25, 2022. Comments by the public, including those from industry groups and large financial institutions, have expressed concerns on the complexity the new rules require. Additionally, a hearing took place in Washington on June 15. After considering the comments from the public and the hearing, the IRS will issue final regulations. At this point, all we can do is wait until the final regulations are issued.

If all of these new rules seem confusing, you are not the only person feeling that way! However, your team at BCS Wealth Management is staying on top of these changes and is here to guide you through the process. 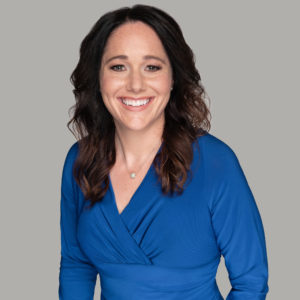