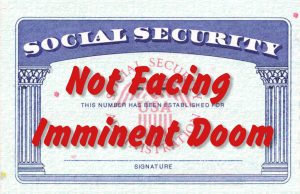 The mention of Social Security usually brings up feelings of various sorts. Some feel confidence in the 82-year-old program. Others, especially those far from retirement, feel apprehension of ever seeing any benefits.

A lot has been postulated in recent years about Social Security’s challenges. The strain comes from changing demographics and the wholesale retirement of Baby Boomers. One poll suggests 68% of future retirees worry about Social Security running out of money. Another poll finds most millennials believe they are more likely to see a UFO than to receive Social Security one day.

So how secure is Social Security?

Fortunately, its future may not be as bleak as many believe. The 2016 Annual Report of the Board of Trustees, a behemoth 272-page report about the financial condition of the system, gives an update. The system is probably in better shape than many know, and it is not going bankrupt the way many fear.

Social Security has run at a surplus every year since 1984. That is expected to continue until 2020. That will be the first year the system will be paying out more than it is taking in. (That reflects the Baby Boomers being mostly retired.) From 2020, the Trustees project the system can operate as presently established until 2034, at which time the trust fund would be depleted.

In a worst case scenario, if nothing is done about Social Security’s 2034 shortfall, projected revenues from payroll tax and tax on actual Social Security benefits will be enough to fund 74% of scheduled benefits through 2090. The imbalance of the rest of the 26% from 2034-2090 is only a small piece of GDP and, for illustration, a smaller economic burden than the cost of war in Iraq or Afghanistan.

The Trustees make three sets of projections using different productivity and unemployment averages. The projections discussed in this article are the intermediate set. There is never a shortfall under their optimistic projections. Nevertheless, it is prudent to assume a 2034 or earlier shortfall. What are some ways lawmakers could address it?

President Trump has stated he has no intentions of privatizing the system or raising the age levels. He stated last year, “I will do everything within my power not to touch Social Security… not increase the age and to leave it as it is.”

It is difficult to guess how and when lawmakers might approach Social Security. Headlines in 1982 warned Social Security would go broke in 1983. At the last minute, as often happens in Congress, the Amendments to the Social Security Act were signed into law, preventing a collapse.

Those of us not retired yet can find personalized estimates of our future benefits at ssa.gov/myaccount. Please feel free to reach out if you would like to discuss your Social Security benefits within the context of your overall retirement planning. Social Security is an important topic to all of us, and it is good to learn it is not facing imminent doom. 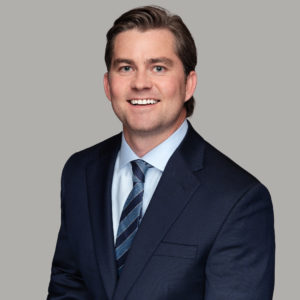